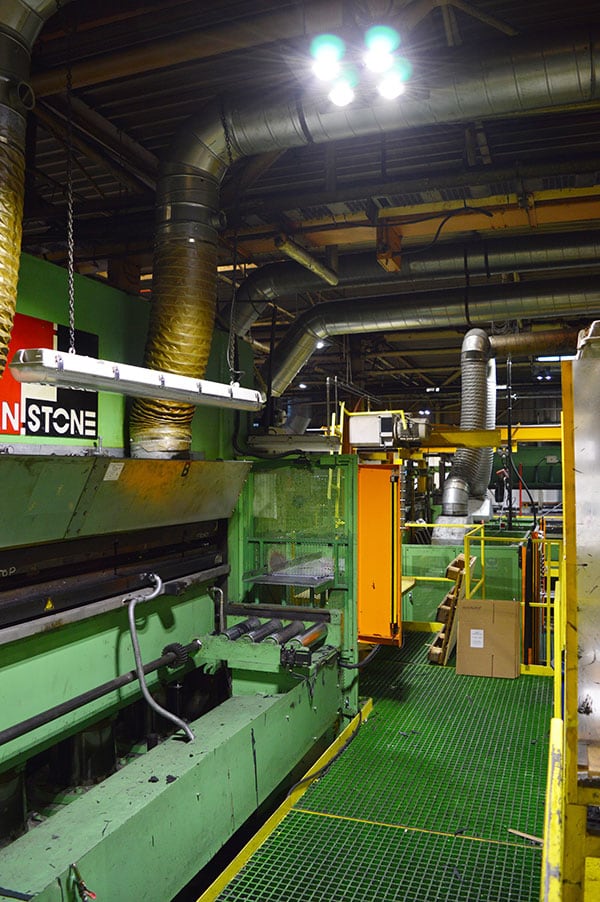 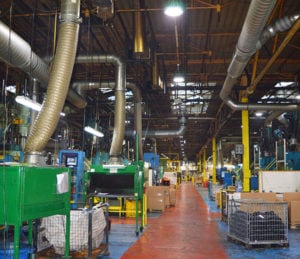 VIP has significantly cut its energy consumption in line with a rigorous sustainability strategy by installing LED lights across its UK production facility.

As a result, carbon emissions for the site have been reduced by an estimated 150 tonnes a year.

The initiative has also reduced lighting energy costs by 20 per cent – equivalent to a saving of £28,000 a year – and increased the lux rating by 35 per cent, creating a brighter working environment.

He added: “Switching to LED lighting has had immediate benefits. As well as reducing energy costs, it has created a much-improved environment for our production teams, enhancing their wellbeing.

“From a business perspective, we expect this to deliver further gains in terms of improving staff morale, which feeds into improved productivity and quality control, and better staff retention.”

In an installation programme carried out by the in-house maintenance team, sodium and fluorescent strip lights were replaced with 182 twin-strip LED units across the entire factory floor, the rubber mixing department, maintenance areas, the canteen, and production offices.

VIP compounds and mixes the rubber for the products it manufactures. The process is energy-intensive, which makes the business particularly keen to reduce energy consumed for non-production processes.

Mick Gilchrist said: “Improving our sustainability through initiatives like this is vitally important to support our development of advanced, cost-effective manufacturing processes, and to act as a responsible international business.

“For example, we have also invested in new inverter technology that is allowing us to reduce the energy consumption of our production cooling system by up to 80% during periods of low demand.”

We bid a fond farewell after 31 years of service. From all, at VIP-Polymers we
Learn more