The methods of manufacturing rubber are similar for all producers World-Wide. Variances, however, may occur regarding specific compounds, each manufacturer’s production methods and levels of sophistication.

Formulation and Mixing of Rubber Compounds:

VIP-Polymers process a variety of rubber materials, both natural and synthetic, into compounds suitable to face the most challenging performance and environmental criteria.

Natural rubbers are supplied from traditional countries in the Far East such as Malaysia and Indonesia. Synthetic rubber is primarily manufactured at chemical plants in Industrial Europe and the U.S.A.

On its own, basic rubber is of little use and must be formulated to make it suitable for manufacture and to ensure desired properties in finished products.

Following laboratory development, precise formulations are used in production mixing operations to blend compounds into strip or slab form suitable for later processing. This is accomplished as follows:

The processed material compound is now suitable for moulding or extrusion. Test coupons are also sent from each ‘Batch’ to Quality Control and subjected to a testing programme before releasing to production.

How rubber products are manufactured:

Industrial Rubber components are usually manufactured by one of the following methods:

Injection and Compression moulding require highly accurate single or multi-cavity moulds, typically made in high-grade steel and designed and made using CAD/CAM programmes.

Injection moulding has a number of elements operating automatically on timed sequences with moulding temperatures usually between 165°C and 200°C. 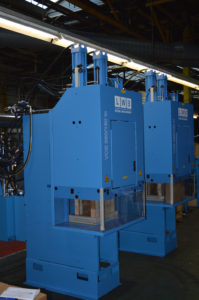 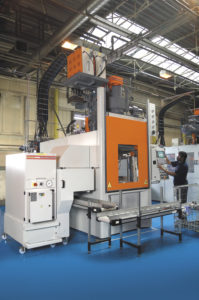 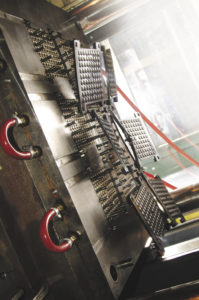 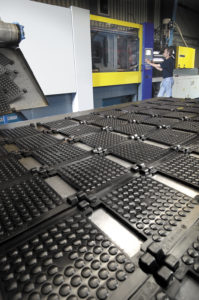 During each machine cycle an operator may perform a variety of operations including: Trimming excess rubber (flash), inspection, packaging or assembly. Alternatively, the part may be forwarded for trimming by other methods.

This simpler process is slower in operation than injection moulding in that special uncured preformed and weighed blanks are used. The process employs hydraulic presses with pre-heated platens at (150-170°C) that in turn heat up the mould. 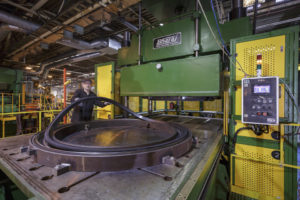 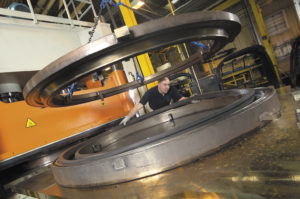 Extrusion is used for either of two functions:

VIP-Polymers utilise a manufacturing process known as Continuous Vulcanisation for production of cured extrusion for conversion into certain finished products as follows.

Two items of machinery are required for this process:

The “Continuous Vulcanisation” process is as follows:

This process invariably involves a line length of as much as l00 feet, and optional operations may utilise a U-format to economise on space.

All our rubber is mixed in-house